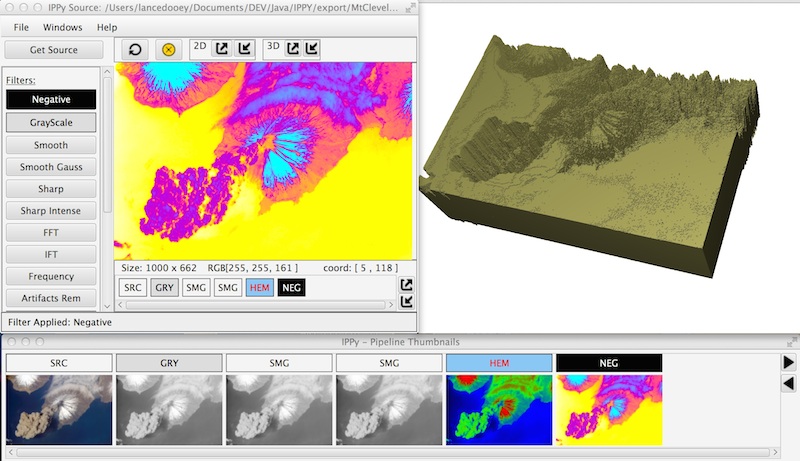 Volcanic Ash Plume arising from Mount Cleveland on May 23, 2006
Seen from the International Space Station.
Credit for original Image Used:
Original Image Credit: https://en.wikipedia.org/wiki/Mount_Cleveland_(Alaska)#/media/File:MtCleveland_ISS013-E-24184.jpg
"NASA material is not protected by copyright unless noted".

This application accompanies the series of LinkedIn articles on "Object Oriented Programming, Neural Networks" .
Written entirely in Java 8, runnable with a JVM.

A brief Object Oriented Class architecture explanation and java class definitions can be found on the github link for this project.

Active forays into creating predictive models by using statistical learning and machine learning (ML) algorithms.
Here are a few plots from the text commentary for a scientific dataset regarding genes, variations, and cancer classification.

Using R Studio and the quanteda package, it is possible to interrogate word data and create some illuminating plots.

R is a open source vectorized programming language optimized for Statistical Computing and graphing.
The above plot shows the highest frequency terms in a corpus of 3321 texts. Corpus was tokenized and cleaned with the Quanteda package.

Deep inside many of the well known image processing programs on the market, there exist advanced algorithms such as convolution.
This series of images shows the results of a variety of convolutions on a base image done with varying convolution kernels.
The algorithm loops through the entire image, pixel by pixel and uses a 3x3 or a 5x5 kernel to rewrite the value of a pixel, with respect to it's neighboring pixels.

This tutorial will demonstrate how to implement a Software Creational Design Pattern called a FactoryPattern and create concrete objects that share a Common interface, in Java.


Github is a free online code version sharing system.
"GitHub is a development platform inspired by the way you work. From open source to business, you can host and review code, manage projects, and build software alongside millions of other developers."